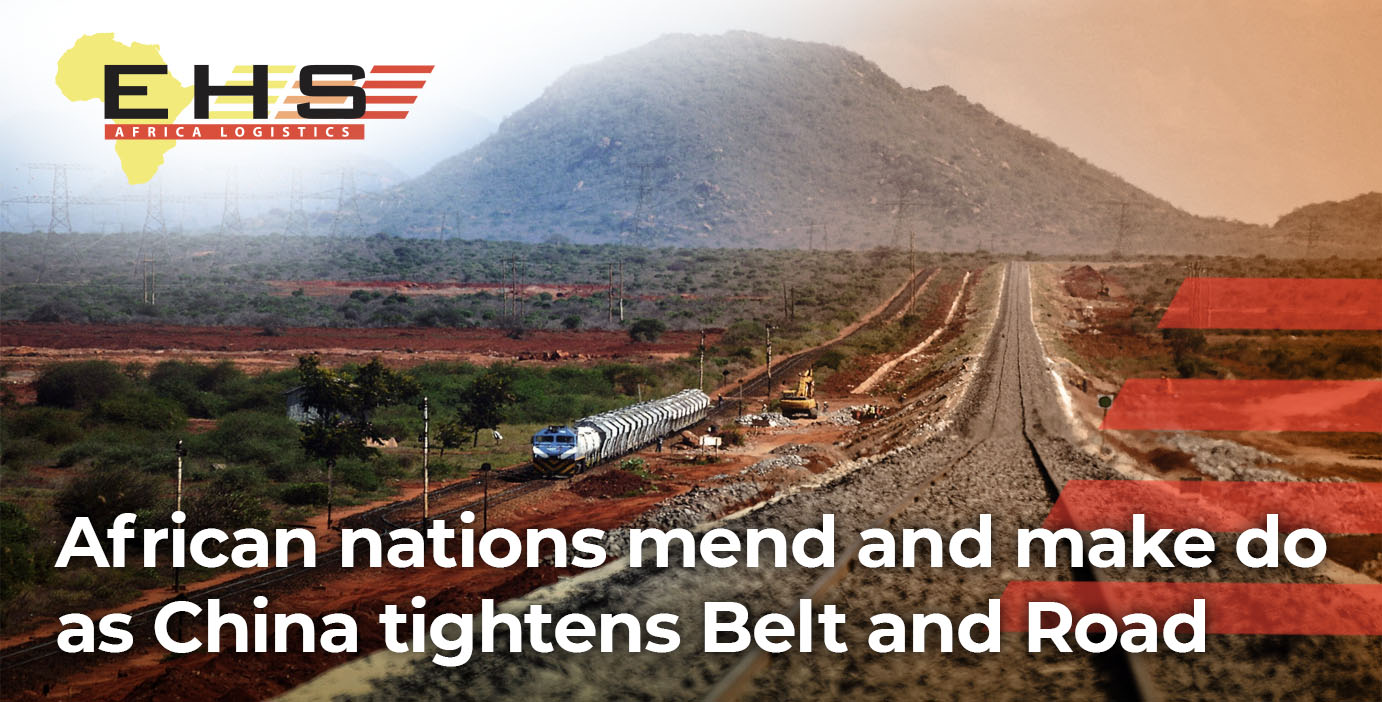 There’s not enough money left to complete the new 1,000km super-fast rail link from the port of Mombasa to Uganda. It ends abruptly in the countryside, 468km short of the border, and now Kenya is resorting to finishing the route by revamping the 19th-century colonial British-built tracks that once passed that way.

China has lent African countries hundreds of billions of dollars as part of President Xi Jinping’s Belt and Road Initiative (BRI) which envisaged Chinese institutions financing the bulk of the infrastructure in mainly developing nations. Yet the credit has dried up in recent years.

On top of the damage wrought to both China and its creditors by Covid-19, analysts and academics attribute the slowdown to factors such as a waning appetite in Beijing for large foreign investments, a commodity price crash that has complicated African debt servicing, plus some borrowers’ reluctance to enter lending deals backed by their natural resources.

“We are not in the go-go period anymore,” Adam Tooze, a Columbia University historian, said about China’s overseas investment projects. “There is definitely a rebalancing from the China side,” said Tooze, whose new book Shutdown examines how Covid-19 affected the world economy, adding that Beijing’s current account surplus was “dwindling somewhat”.

Chinese investments in the 138 countries targeted by BRI slid 54% from 2019 to $47bn last year, the lowest amount since the BRI was unveiled in 2013, according to Green BRI, a China-based think-tank that focuses on analysing the initiative.

In Africa, home to 40 of those BRI nations, Chinese bank financing for infrastructure projects fell from $11bn in 2017 to $3.3bn in 2020, according to a report by international law firm Baker McKenzie.

This is a blow for governments who were anticipating securing Chinese loans to build highways and rail lines linking landlocked countries to sea ports and trade routes to Asia and Europe. The continent is facing an estimated annual infrastructure investment deficit of around $100bn, according to the African Development Bank.

“The pandemic has actually made things worse. Those numbers will go up,” said Akinwumi Adesina, the president of the bank, citing the need for additional infrastructure to support health services.

Hold-ups have hit some other BRI projects across the continent, such as a $3bn Nigerian rail project and a $450m highway in Cameroon.

China’s ministry of foreign affairs did not respond to a request for comment.

Beijing officials have said that the two sides have a mutually beneficial and cooperative relationship and that lending is done openly and transparently.

“When providing interest-free loans and concessional loans, we fully consider the debt situation and repayment capacity of the recipient countries in Africa, and work in accordance with the law,” Zhou Liujun, vice chairperson of China International Development Cooperation Agency told reporters in late October.

Another Chinese official, who declined to be named as they are not authorised to speak to the media, said Beijing always intended to implement BRI gradually to manage debt default risks by countries or projects.

‘Railway will be built’

Officials in Kenya said its rail route were long-term projects that would be seen through over time, without giving any specific timeframe. Covid-19 has presented the world with unforeseen and unprecedented challenges, they added.

“Eventually, this standard gauge railway will still be complete because it is part of what we call the Belt and Road Initiative,” said James Macharia, Kenya’s transport minister.

The government has already spent about $5bn on its new rail link, and can’t currently afford the additional $3.7bn needed to finish it. The last station hooked up is only accessible by dirt roads.

Hence engineers in the Rift Valley are no longer building new infrastructure, but rather shoring up colonial-era viaducts and bridges in an operation that the government estimates will cost about 10 billion shillings ($91m).

There are knock-on effects and, over the border in Uganda, construction on a modern railway line has been delayed because it’s supposed to link to the Kenyan one.

That has been one factor in the hold-up in a $2.2bn loan from the Export-Import Bank of China (Exim Bank), David Mugabe, spokesperson for Uganda’s Standard Gauge Railway project, told Reuters.

In Cameroon, the $450m highway linking the capital Yaounde and the economic hub of Douala, whose funding was secured from China’s Exim Bank in 2012, stalled in 2019 as the bank stopped disbursing further tranches of the loan.

Exim Bank did not respond to a request for comment on its loans to Uganda and Cameroon.

In future, he added, Beijing was likely to encourage more corporate Chinese investment in the continent, to fill the role of state-backed financing. “Once the pandemic is over, Africa’s economy is likely to recover,” he said. “That could drive China’s corporate investment.”

The pandemic has added to the obstacles facing President Xi’s self-described “project of the century”. After peaking at $125.25bn in 2015, Chinese investments into BRI nations have dropped every year, apart from 2018, when they edged up 6.7%, the Green BRI data showed.

In 2018, Pakistan balked at the cost and the financing terms of building a railway. The previous year, there were signs of growing problems for BRI, after China’s push in Sri Lanka sparked protests.

AidData, a research lab at the College of William and Mary in the United States, said in a study at the end of September that $11.58bn in projects in Malaysia had been cancelled over 2013-2021, with nearly $1.5bn cancelled in Kazakhstan and more than a $1bn in Bolivia.

“A growing number of policymakers in low and middle-income countries are mothballing high-profile BRI projects because of overpricing, corruption and debt sustainability concerns,” said Brad Parks, one of the study’s authors.

China’s foreign ministry said in response to the AidData report that “not all debts are unsustainable”, adding that since its launch, the BRI had “consistently upheld principles of shared consultation, shared contributions and shared benefits”.

A key problem is debt sustainability.

Copper producer Zambia became Africa’s first pandemic-era sovereign default last year after failing to keep up with payments on more than $12bn of international debt, for example. A recent study suggested more than half of that burden is owed to Chinese public and private lenders.

In late 2018, Beijing agreed to restructure billions of dollars in debt owed by Ethiopia.

Some African governments are also growing more reluctant to take out loans backed by commodities such as oil and metals.

“We can’t mortgage our oil,” Uganda’s works and transport minister Katumba Wamala told Reuters, confirming the country had refused to pledge untapped oil in fields in the west to secure the railway loan.

“There is no infinite amount of capital,” she said.