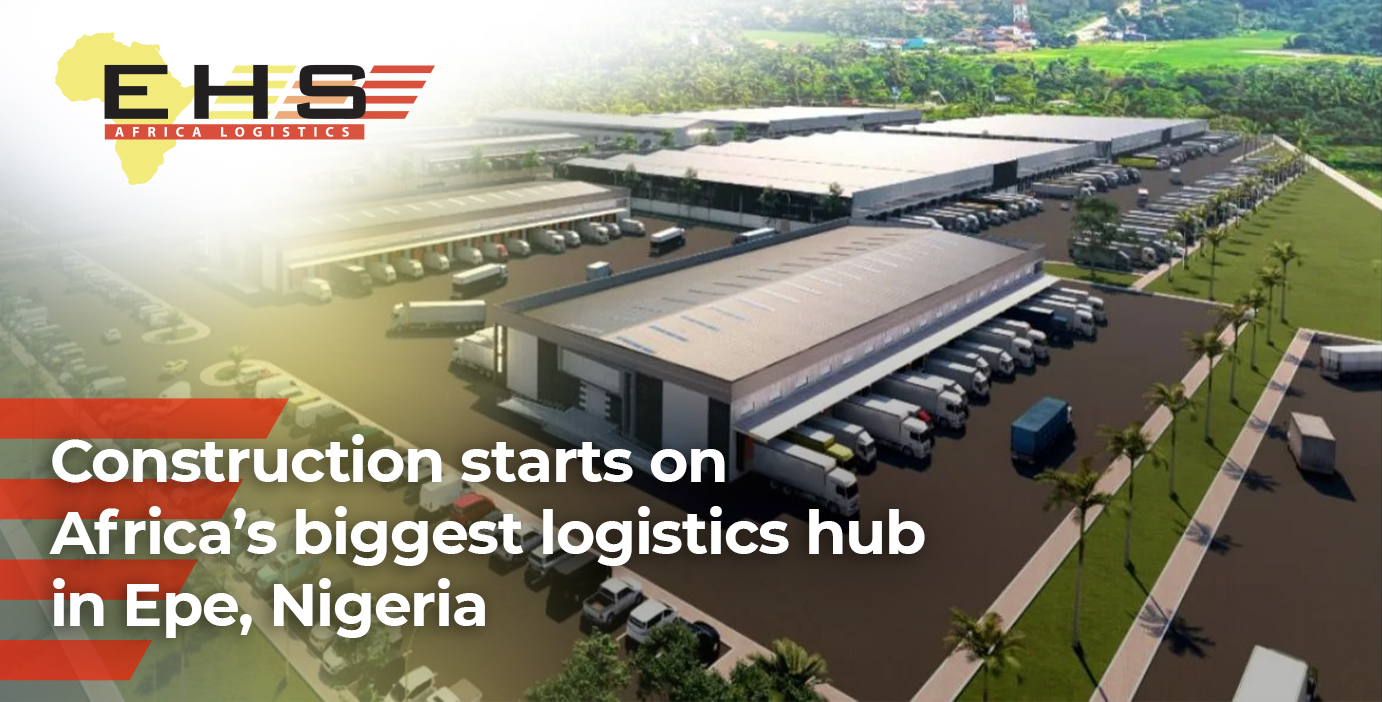 The Lagos State government has flagged off the construction of what will be the largest Food Security Systems and Central Logistics Park in sub-Saharan Africa.

Governor Babajide Sanwo-Olu, on Wednesday, performed the sod turning at the site of the facility being built on 1.2 million square metres of land in Ketu-Ereyun, Epe.

Establishment of the food park is a component of an audacious five-year Agricultural and Food Systems Road Map (2021–2025) launched last year by the Sanwo-Olu administration to enhance food sufficiency in Lagos.

When completed, the central food and logistics hub is expected to create direct wealth for more than five million traders in the agricultural value chain, while guaranteeing uninterrupted food supplies to more than 10 million Lagosians, at least 90 days, in a period of scarcity.

The hub will have storage facilities for more than 1,500 trucks that will daily service the needs of thousands of operators within food value chain throughout the year, while large commercial transactions would be processed in the facility.

Besides, Sanwo-Olu also visited the site of the state-owned Neuro-Psychiatric Hospital in Ketu-Ereyun, where the governor inspected the level of construction work on the project.

Transactions on food items in Lagos are estimated to be N5 trillion yearly, just as farmers daily lose 40 per cent of produce worth millions due to lack of post-harvest storage system.

Sanwo-Olu said the central food hub would guarantee greater returns for farmers and investors in the agro-allied sector, as the facility would cut out several layers of middlemen and facilitate improved access to modern processing and packaging services.

The governor said market matrix generated from the facility would help the government generate useful data for public planning and for the use of private sector players to project investment.

“Today’s flag-off of the Food Security Systems and Central Logistics Park is proof of our administration’s commitment to addressing the challenges of stakeholders in the Agri-space and giving hope to the people through improved quality of life. I make bold to say this is one of the most important interventions in agricultural sector that Nigeria has ever seen. The fact that this project is taking off in Lagos, the fastest-growing sub-national entity, means that it is bound to have significant national, regional, and continental impact.

“This hub will provide a better buying experience for consumers, help achieve a reduction in logistics costs, while guaranteeing the standardisation of quantity and quality for agricultural products. It also will improve productivity, guarantee greater returns for farmers, by cutting out several layers of middlemen.

“It will facilitate improved access to modern processing and packaging services for farmers and generate useful data for the use of government agencies, private sector players, and multilateral agencies.”

Sanwo-Olu said the choice of the location for the project was strategic, given its easy access and proximity to agrarian settlements.

He said the state had secured a well thought out funding scheme to kick off the project, which he promised will be delivered in last quarter of 2024.

The governor said the hub, when completed, would add to the catalogue of life-changing projects sited within Epe Division, which include 32-metric tons per hour Rice Mill in Imota, Agbowa-Ikosi Timberville, and Ketu-Ereyun Psychiatric Hospital, among others.

“The development of this all-important Central Logistics Hub will be achieved through a collaboration between the State Government and the private sector and will be implemented through a Design-Build-Finance-Operate-and-Transfer model. At every step of the way, we will be counting on the contributions of the private sector, in terms of financing and technical advisory and support,” Sanwo-Olu said.

The state Commissioner for Agriculture, Abisola Olusanya, said the current global food shortages were parts of the harsh consequences of climate change and global warming, which, he said, had led to economic instability in some countries.

The commissioner stressed that a continuous disruption in food distribution sequence could portend catastrophic consequences on security of the people, pointing out that Lagos initiated the agricultural plan to protect its residents from the effects of food shortages. The only way forward, she said, is to build a resilience that will protect Lagos.

“Upon completion, the Central Food and Logistics Park will unleash the potential in both the upstream and downstream of agricultural sector. This project will further reaffirm the leadership of Lagos as the first destination for agricultural produce along the West African corridor,” Olusanya said.

The project partner, Origin Group, assured the first phase of the project, which requires building storage facilities, would be delivered in the next seven months.

The hub will be operated on off-grid power source of 900 megawatts, and is expected to provide 16,000 direct jobs.