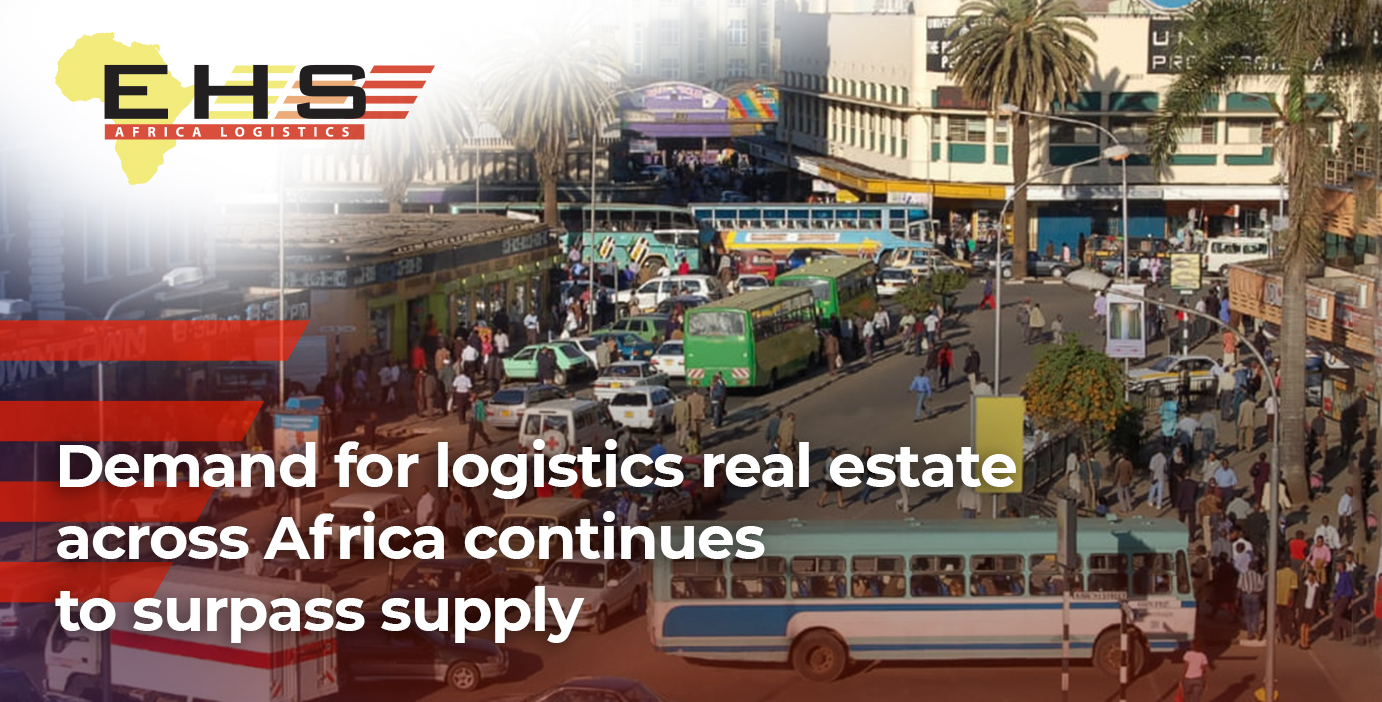 According to Inospace CEO Rael Levitt, other countries are overtaking South Africa as the sub-Saharan market’s warehousing and logistics property powerhouse. Levitt recently attended the East Africa Property Investment Summit (EAPI) in Kenya which hosted over 300 real estate stakeholders from Africa and other parts of the world in Nairobi this month.

He said that Nairobi has recently become one of Africa’s best-performing markets for industrial real estate, recording the highest increase in rental between 2020 and 2021. The city’s demand for logistics real estate is reflected in the fact that this type of property now accounts for 50% of the city’s new space requirements.

“There is no question that occupier demand is increasing across the continent,” says Levitt. Demand for modern warehouses continues to surpass supply across most African cities. Traditionally utilised by agriculture, the FMCG and manufacturing sectors have now also added a substantial boost for warehouse demand.

“Kenya, with its growing SME sector, has a great demand for the smaller industrial units between 50–1,000m2,” continues Levitt. “The shortage of quality warehousing in SME-focused Nairobi has resulted in several local developers responding to growing demand by providing speculative prime warehousing over the last two years.”

Across the continent, demand is also putting pressure on land prices as owner-occupiers compete with institutional investors for the best locations. In Nairobi’s newly established industrial nodes for example, land prices have grown by 58% over the last three years.

Infrastructure developments such as the impressive Chinese-built ring-road network, which opened recently in Nairobi, have prompted industrial developers to build in areas beyond traditional industrial zones. With access to urban industrial land expected to remain a key barrier in the sector due to competing land uses, the value of prime industrial land in some cities is set to continue rising for the foreseeable future.

Investor appetite for industrial stock across Africa remains strong. Investors are attracted to the sector’s strong income profile and positive market fundamentals such as rising urbanisation levels which are driving demand for urban logistics facilities. In addition, industrial assets command attractive yields of approximately 12% on average compared to 9% for retail and offices, and 6% for residential.

While South Africa still remains the largest and most sophisticated warehousing and logistics market, opportunistic developers are seeking to plug a growing gap. Kuwait-based Agility is developing over 1 million square metres of warehousing across Lagos, Abidjan, Maputo and Accra, with plans to expand into other cities.

The key drivers for prime warehousing demand are the same as in South Africa. While the penetration of e-commerce was already rising pre-Covid, online sales revenue has increased by over 28% to $27bn in 2020 compared to 2019 across Africa. This uptake in online retail sales continues, with e-commerce revenue expected to almost double to $46m by 2025.

In East Africa, increased infrastructure development along the northern corridor that links Kenya to Uganda and the Democratic Republic of Congo (DRC) has resulted in the development of over 150,000m2 of prime warehousing in Nairobi alone in less than six years – this constitutes almost 90% of all the stock delivered in this period.

Many African governments have ramped up initiatives on manufacturing and industrialisation as part of measures to boost economic activity. While the South African government talks about industrialisation and the fourth industrial revolution (4IR), some of the country’s northern neighbours have implemented a large number of special economic zones (SEZs). These tax incentives have boosted development and investment. The UN Centre for Trade and Development (UNCTAD) estimates that there are currently over 180 SEZs in Africa, with a further 51 SEZs under development. Kenya (61) has the highest concentration of SEZs, followed by Nigeria (38) and Ethiopia (18).

“African governments should be placing a much firmer focus on facilitating the development of industrial parks within SEZs to drive foreign direct investment. Investor-friendly African governments are in direct contrast to South Africa. We are simply lagging behind other African countries with our glut of complicated red tape, unfriendly labour policies, local BEE demands, and unreliable industrial infrastructure,” concludes Levitt.