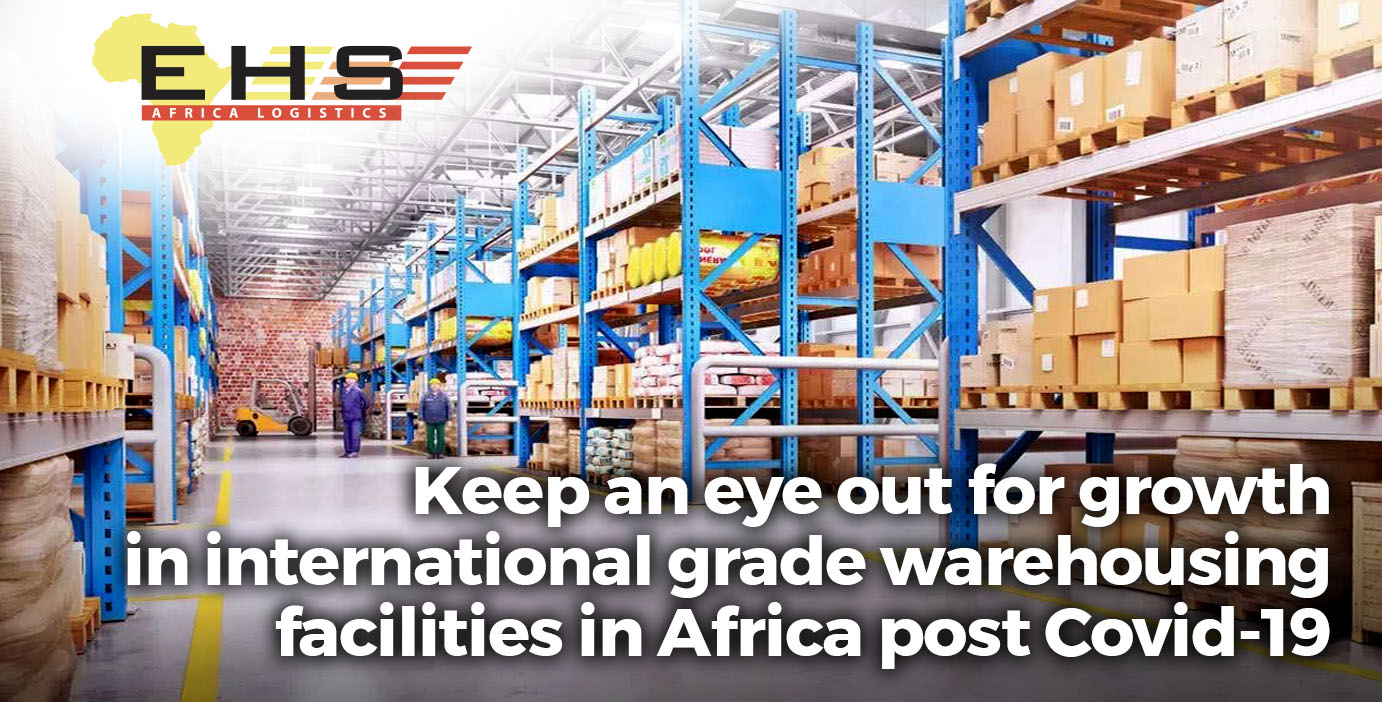 In West and Central Africa, warehousing strategies and facilities have remained static for decades, as the sector has appeared to have been neglected even though it is an important link in the supply chain. The launch of the African Continental Free Trade Agreement AfCFTA, which has been signed by 54 of the 55 Countries of the Continent, has created the world’s largest single market of approximately 1.3bn people and is expected to grow to an estimated 2.5bn by 2050. A market where 60 per cent of the population is under 25, and where there’s an appetite for high levels of consumption of fast-moving consumer goods. Impressive? Isn’t it time to become interested in the warehousing sector?

It can be seen that the economic development of some countries in West Africa is being driven by a range of positive macro trends:

• A renewed impetus in energy sector resources is enabling improved power availability and less dependency on imported energy. Ghana’s oil production is forecasted to rise to 500,000 bpd by 2030 and the Atuabo gas plant is expanding output to 220 million standard cubic feet of gas per day (mmscfd) by 2024.

• In Nigeria the gas sector is expanding significantly combined with a new focus on domestic infrastructure, a move away from imports, as well as the world’s largest refinery – USD 14 billion Dangote refinery in Lekki coming online in 2021

• Ghana has overtaken South Africa in the volume of gold production and a new focus on improving domestic agricultural production, efficiencies and yields is reducing expensive imports and creating new employment.

• Rural depopulation and the transition to increasing urbanization, combined with increasing local manufacturing are enabling local and regional markets while an expanding middle class are driving growth and prosperity.

Moreover, with the ecommerce sphere booming, international grade warehousing facilities will become more and more a requirement to the region,
as industrial real estate demand is estimated at over 15 million m² in Africa’s
highest-potential markets.

William Ojonyo, who is the national chairman of Kenya international freight and warehousing association (KIFWA), commented that “Warehousing will certainly be the distribution option after the commencement of AfCFTA, with a bigger market and bigger consumer base. Africa will have to embrace strategic commodity warehousing since the commencement will mean more intra-Africa trade with controlled external tariff, transportation challenges and inter-connectivity by air, road and rail. The continent will be left to rely on the corridors to enhance the goods and services trade which can only encourage block warehousing anchored on the major corridors”.

If the criteria needed for Africa to prosper finally do come together and align, we believe that the international warehousing sector will reap massive benefit for investors, logistics companies and of course the African people.