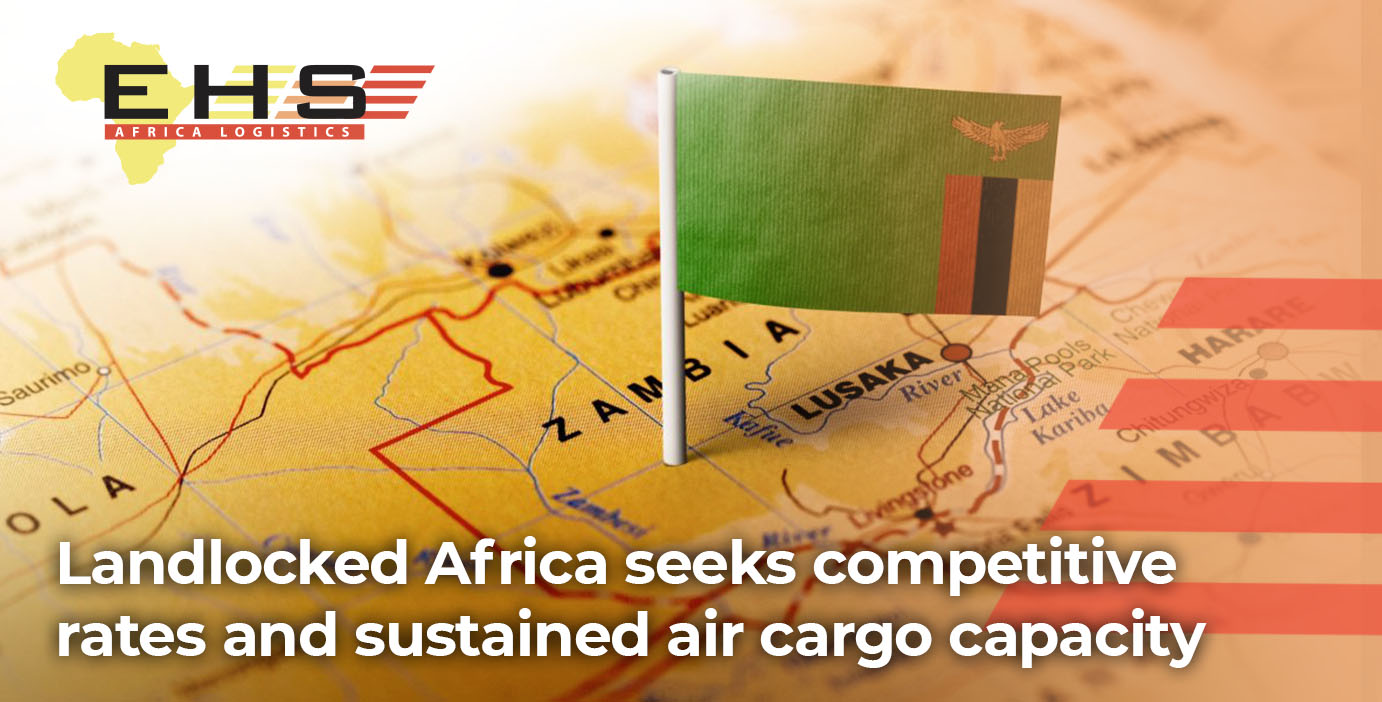 An increasingly competitive landscape and high airfreight costs have put pressure on air cargo in some landlocked parts of Africa.

Most African shipments are perishables, but for mining economies such as Zambia, which is landlocked in southern Africa, mining-related materials, as a percentage of total imports, have declined in recent years.

Generally, there has been a steady decline of imports and exports since 2018 in the country. Imports to year-end 2021 were down 25%, and exports down 15% over the same period, according to data from NAC2000 Corporation, the only ISAGO registered and certified airport ground services provider in Zambia.

“We observed that due to absence of capacity and prohibitive airfreight cost we have seen mining equipment being progressively sourced and stored via sea and road through depots in South Africa, and trucked within the region, with most non-urgent mining cargo sent by sea and road, much less by airfreight,” said Jonathan Lewis, managing director at NAC2000.

Additional data shows that imports are reducing from a ratio of 80% imports and 20% exports in 2018 to 70:30% respectively in 2021, due mainly to an increase in export volumes primarily in fruit, vegetables and flowers, mainly to the UK and EU, and to a lesser extent regional shipments of live chicks and hatching eggs. Imports were mainly bolstered by an influx of pharmaceuticals and PPE due to the pandemic, but Covid vaccines remain of negligible volumes and have no meaningful impact on import figures.

With GDP across Africa expected to double in 20 years, air travel will inevitably lead to increased trade, and consequently air cargo will benefit – but trade barriers between African countries have historically hindered progress. But now with agreements such as the African Continental Free Trade Area (AfCFTA) there is hope for more intra-African trade.

“My concern is the pace at which this will happen for airfreight regionally,” said Mr Lewis. “I believe that there is potential to leap forward the pace of this trade and development through airfreight, especially for perishable and urgent cargo.”

Mr Lewis reckoned AfCFTA will have less impact for air freight without deliberate implementation of the Yamoussoukro Decision (YD), and developing more point-to-point routes within the region and continent. “It would be advantageous for Africa’s air transport industry stakeholders to get in on this forecasted movement of cargo with competitive rates, capacity and routes.”

Zambia, Zimbabwe and South Africa were the most affected in terms of capacity due to the flight restrictions that were imposed on the region at the outset of the Covid Omicron variant. Most cargo from Zambia typically moves on passenger services with regular scheduled services operated by Ethiopian, Kenya Airways, Emirates, Qatar Airways and SAA.

Typically, in the Zambian context, monthly passenger numbers rise by 25% in December each year, but in the aftermath of the flight restrictions from the Omicron variant December 2021 saw a fall in aircraft handling, with a 36% dip in monthly passenger numbers, and overall, 64% less than the pre-Covid passenger levels. Mr Lewis reported that cargo had equally been adversely affected, down by 15% in December compared to pre-Covid, but strikingly January 2022 was down by 40%, to its lowest in seven years.

Mr Lewis explained that costs went up as players monopolised routes, drowning out the usual strong demand for perishable exports –  but not the premium in freight charges.

“Knee-jerk reactions are very dangerous to our export freight supply chain that supports the perishable exports industry. If it is damaged by an unfeasible supply chain, it will take years to recover  – or they could lose their businesses all together.”

Looking ahead, Mr Lewis believed the sector should be looking at sustained, stable growth at manageable rates, otherwise the ever-important flora and horticulture export industry for one will face even more challenges in the future.

Of the general cargo, about 4% relates to the mining industry, such as spare parts and machinery parts.

Of the general cargo, about 0.2% relates to the mining industry.